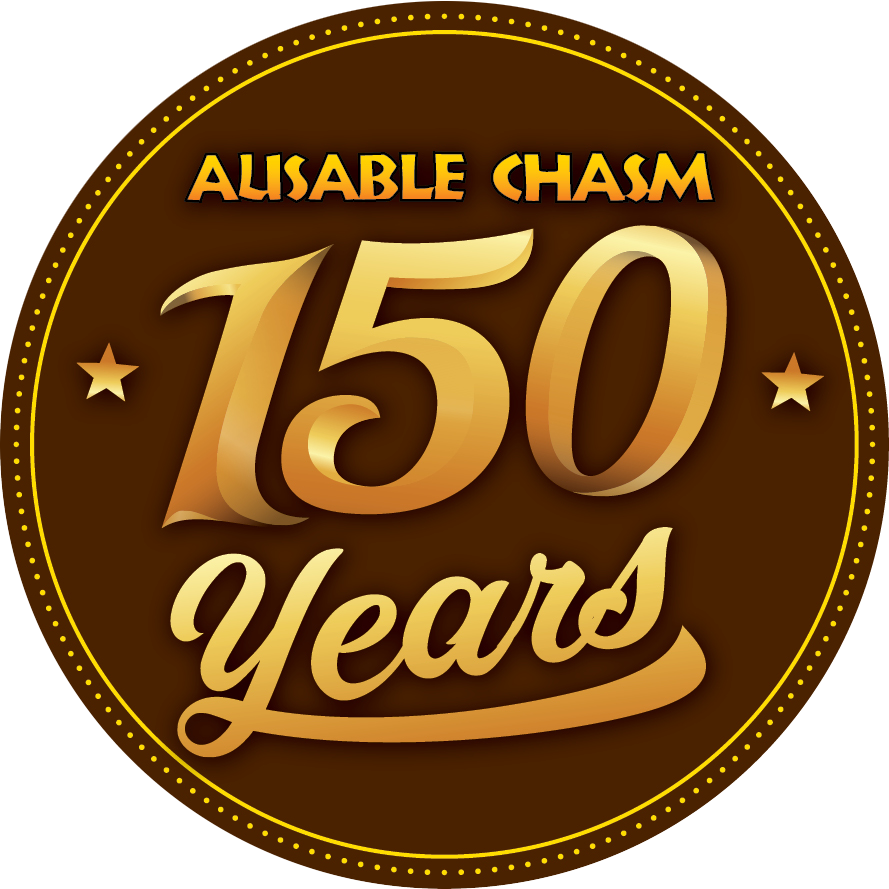 Historic Bridges of Ausable Chasm and Keeseville Rainbow Falls at Ausable Chasm is the most visited and the most photographed waterfalls in the Adirondacks.  Each year, in all seasons, tourists and locals alike stop to admire the falls from the Route 9 bridge that is located just down steam.

The Route 9 bridge that spans the upper portions of the Chasm was built in 1925 by Burr M Stark, engineered by C.C. MacCloske,y and is now on the National Register of Historic Places (added 1999 - Structure - #99001320). Its purpose was mainly for transportation connecting points North such as Plattsburgh and Montreal to points South such as Albany and New York City.  Route 9 was the only major route connecting these population centers as Interstate 87 was yet to be constructed (completed in 1967).

Prior to the current Route 9 Bridge was the railroad bridge that served as a means to cross the Ausable River/Chasm on route from Port Kent, NY (3 miles away on Lake Champlain) to Keeseville, NY.  The Peanut Railroad was the line that operated on the tracks and was in use for a very short time in the early 1900’s.  Remnants of the railroad bridge (foundation) are still visible below the current bridge.

Inside the Chasm are many, many bridges that provide our only access to explore the sights within.  You won’t find them on any historic register even though they have served for well over 100 years (yes, some have been replaced and they have all been well maintained).  One bridge of interest was “High Bridge.”  Built in 1793, it was the first bridge to span the Chasm and was very simply constructed.  Made of two Norway Pine logs that stretched from one side of the Chasm to the other, then planked with boards, this bridge served the local population for just a short time (less than 20 years) and eventually fell into the river.  Several legends surround this bridge, including that famous horse ride of Max Morgan.  The legend states that Max, on a dark and foggy night, not knowing of the current condition of High Bridge (just one log remaining), forced his horse to cross the Chasm leaving nothing but hoof prints in the log.  They say angels were on hand to carry him to the other side.

Just one mile upstream in Keeseville, NY are several bridges worth noting, including our famous Arch Bridge that has become the symbol of Keeseville.  You can learn more interesting facts about these bridges by clicking here: http://www.asce.org/project/bridges-of-keeseville/